When I walked into Blue State Coffee at the end of last week, all I wanted was a small cup of Earl Grey tea. But, after placing my order, the barista informed me they were no longer serving my favorite tea blend due to “ethical conflict” in the region where the tea is produced.

At the time, I was tired enough that ethical conflict seemed a sufficient reason not to sell a tea (especially for a place like Blue State). But the more I thought about it, the less sense this reasoning made.

For a little background, Earl Grey tea is named after 19th century British Prime Minister Charles Grey who, according to legend, received the tea as a gift from a Chinese man whose life he had saved. While the truth of this story remains questionable, the name “Earl Grey” has since been applied to tea blends characterized by the oil extract from a bergamot orange, a small acidic orange native to southern Vietnam.

Thus according to the Blue State employee, it would follow that the people of Southern Vietnam have been making some poor moral choices. But still confused as to why this was preventing my caffeine intake to be flavored with bergamot, I returned to Blue State later and demanded a better description of ethical conflict.

This time, though, a different barista denied the ethical conflict story and pointed instead to fungus as the real the root of the problem. Blue State Coffee buys some of their tea from two leaves and a bud tea company, which in turn imports Earl Grey tea from Sri Lanka where, he guessed, the bergamot plants had been recently plagued by fungus.

Unsure of the details, the barista directed me to the tea company for questions. Calling the wholesale supplier number, I asked about the ethical conflict and the fungal invasion that were potentially taking over Sri Lanka. Their response? The tea was simply on back order.

Apparently, the company had been reworking the tea due to complaints that the bergamot flavor wasn’t strong enough and had not anticipated the number of orders they would get. To compound the problem, this year February 14th marked Chinese New Year. The Earl Grey tea goes through China on its way from Sri Lanka to Los Angeles, but the shipping from Chinese ports around that time period was shut down.

However, despite the ethical conflict, fungus, and Chinese New Year celebrations, the distributor has thankfully received more Earl Grey tea so it should be back at Blue State soon. Until then, Starbucks’ Tazo Earl Grey tea will have to satisfy your craving. 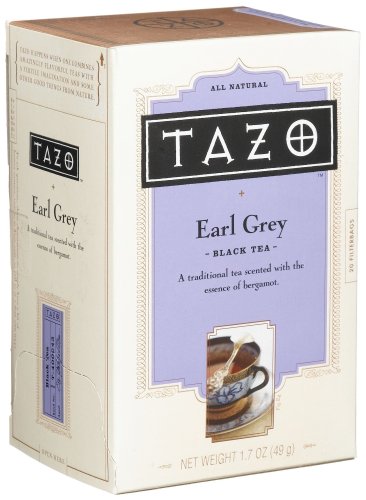